It is taught in face-to-face and fully-online learning environments. This course, which is now an open Canvas course, has existed in many iterations and on multiple content management systems. Here you can learn the history of PR Pubs, view archived courses, and archived student content. 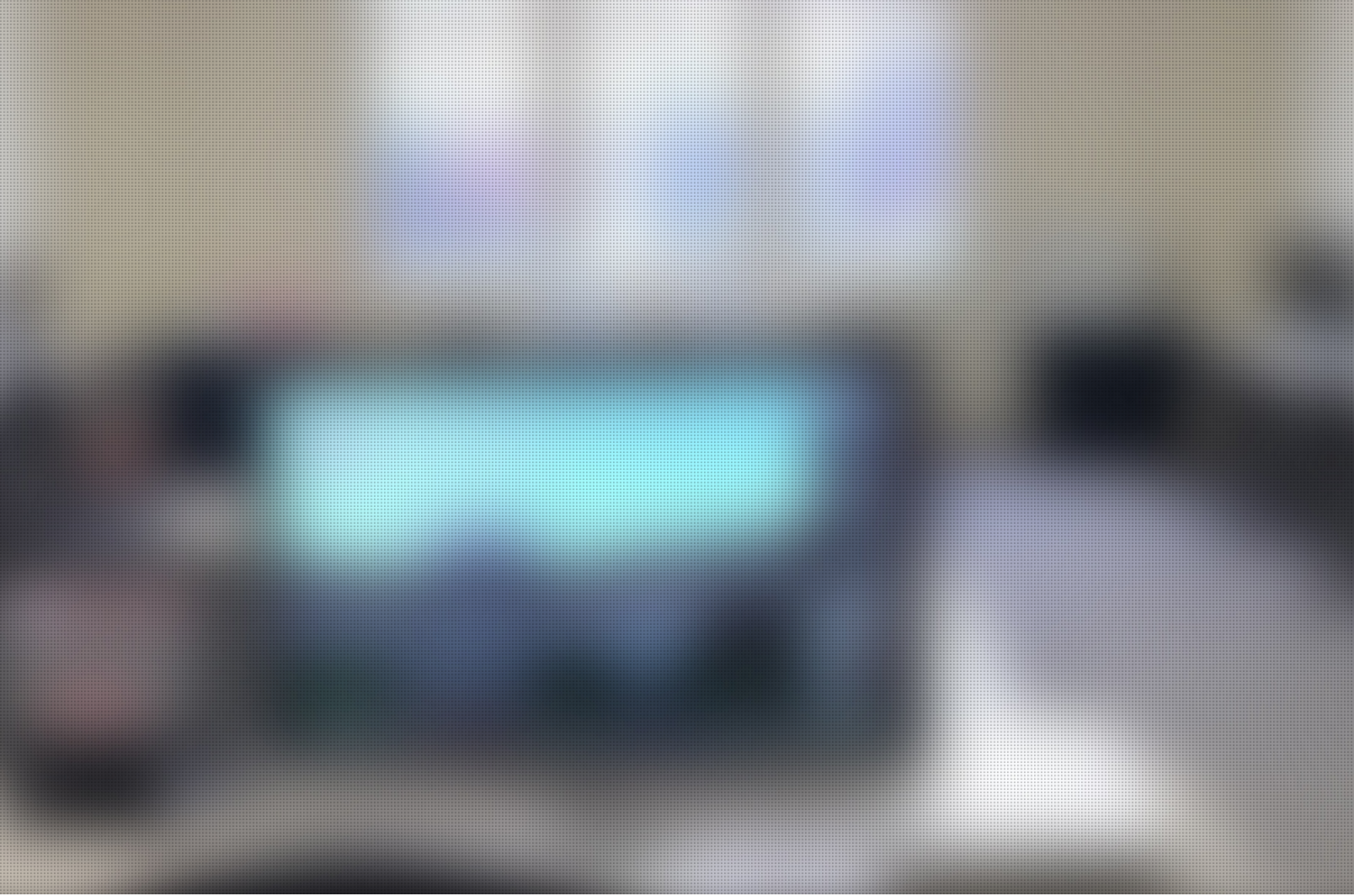 From January 2014 to May 2016, PR Pubs was powered by a self-hosted instance of Wordpress. The original site was the subdomain jmc3433.adamcroom.com until a full site was built out on the full domain prpubs.us (shown here). Much of this site was inspired by ds106, a digital storytelling course at the University of Mary Washington. It leveraged several plugins including FeedWordPress, Jetpack, BuddyPress, All-in-One Event Calendar, Shortcodes Ultimate, and BBPress. It also had a wiki which was an integrated instance of MediaWiki. Oh, and I hired a puppeteer on fiverr to make a Kermit the Frog introduction video (no pedagogical strategy here--just fun).

Much of what I was trying to do here was recreate many common learning management system features using a LMS-like theme called Academy while integrating students website feeds into a syndication hub. If you are particularly interested in build a similar student blog hub, I highly recommend Cogdog's tutorials.

After a few semesters of classes, more than 2,700 blog posts were fed into this site. For general security purposes and long term health, I've decomissioned the Wordpress site and created a static version of it. It's possible that not all features, such as search, are fully functional. 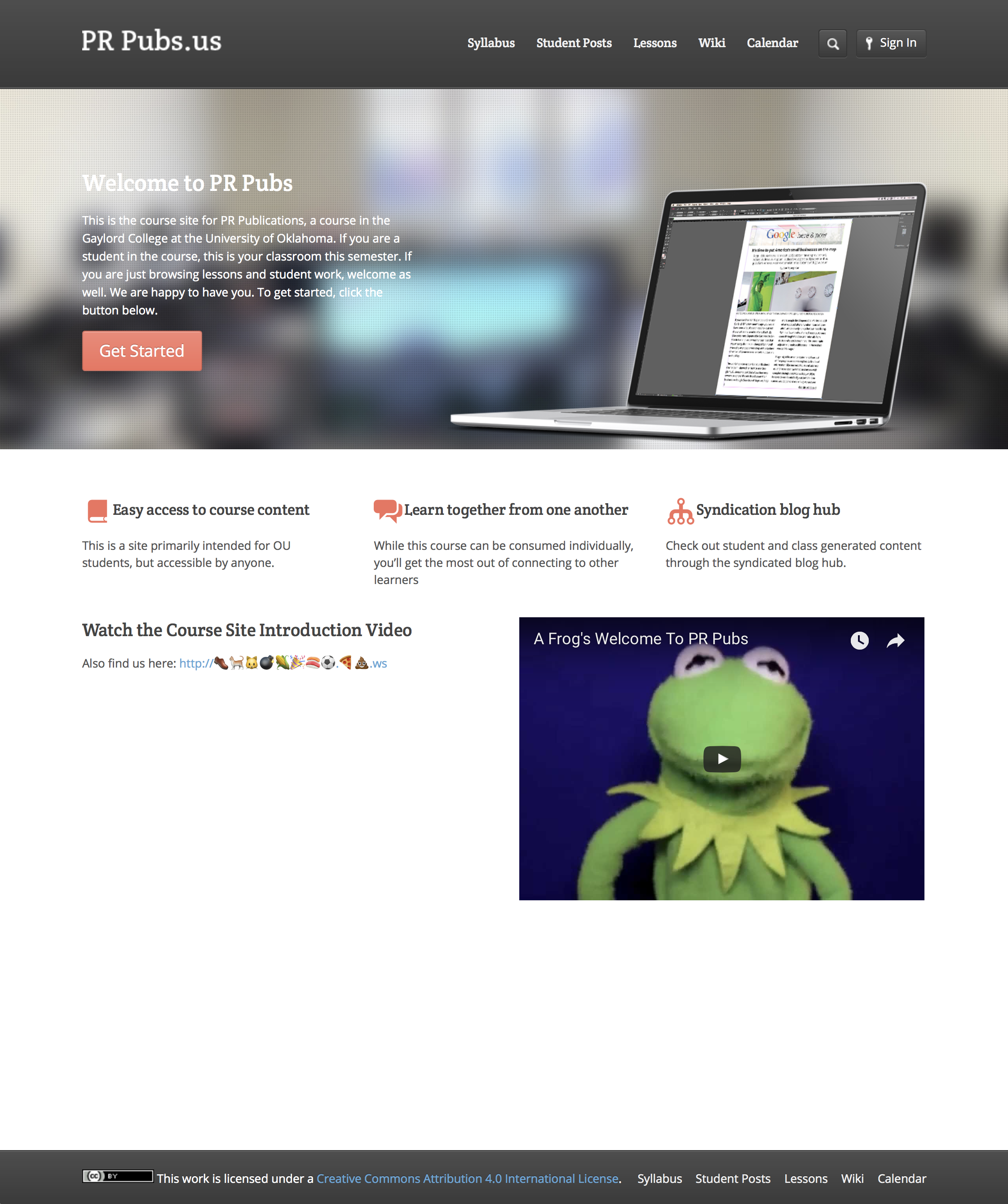 In the Summer of 2016, I redesigned the site to run off of the Jekyll CMS which could be hosted through Github. Much of this experiment was propelled by a desire to simplify the workflow of managing and sharing the course content. All of the text content exists in a single static file and can be "forked" on Github. The entirety of the course is 3.4MB and loads in 1.5 seconds. Currently, this is the easiest way to grab all of the course content in the event you want to replicate the course yourself. To learn more about this experiment, I wrote a blog post, which, to date, is one of my most ever read posts. 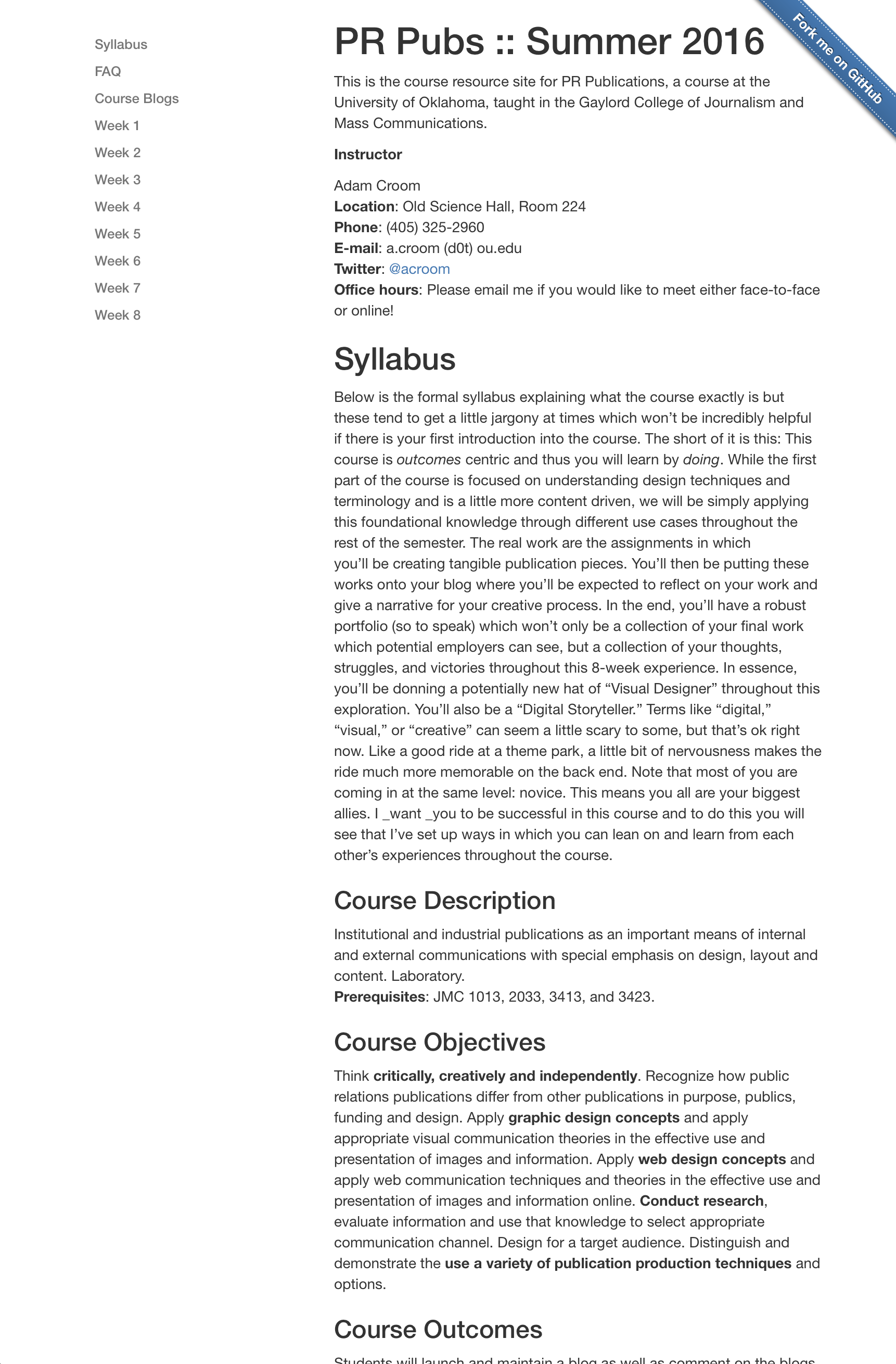 In Fall 2016, the University of Oklahoma adopted Canvas as the university learning management system. Since Canvas allows you to openly share your content (and since the bulk of my content was already on the open web), I decided to move the content onto that platform while continuing to integrate a Wordpress-powered syndication hub. If your university uses the Canvas LMS, you can find PR Pubs in the Canvas Commons as well to replicate the course structure. 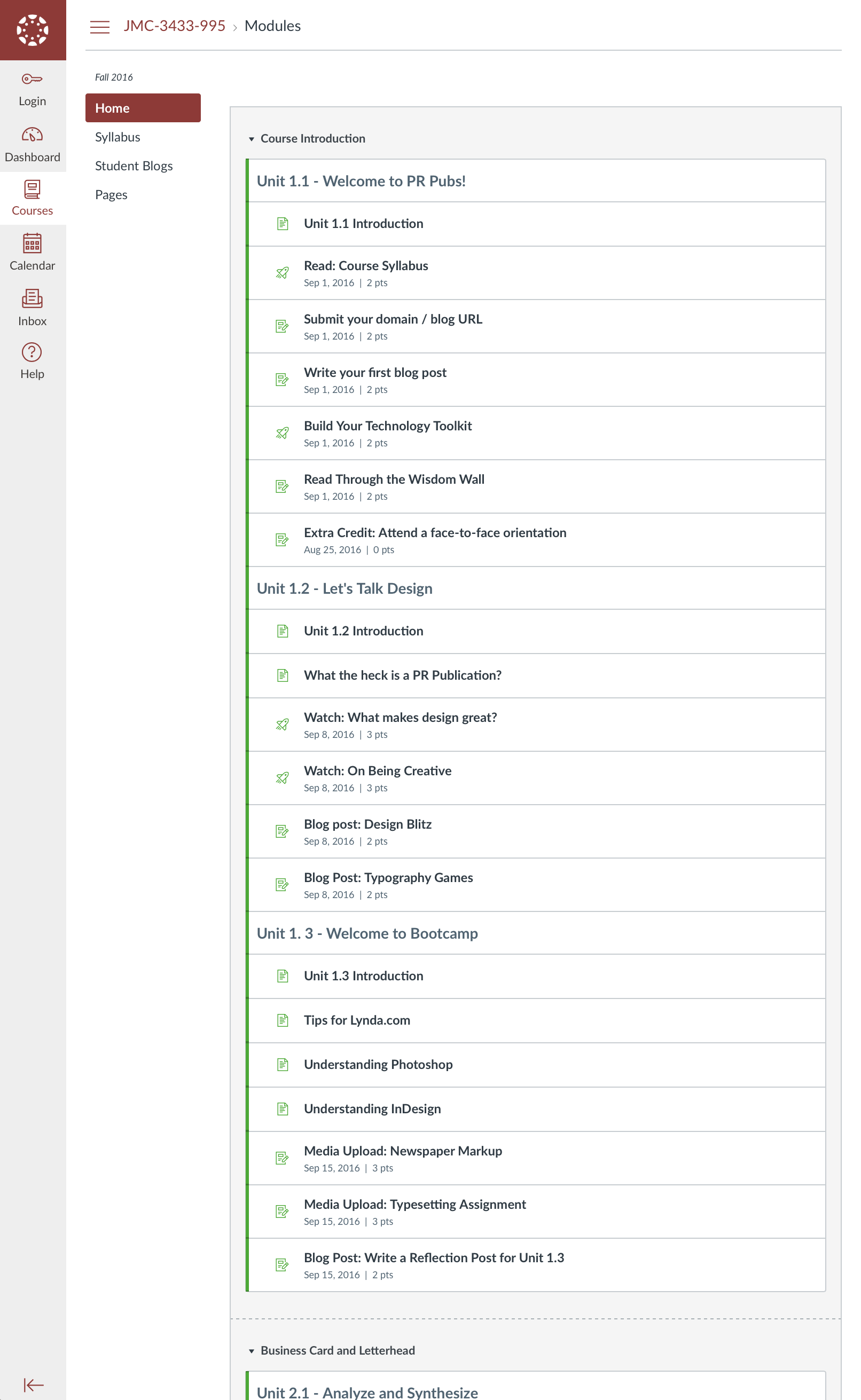